The 2018 ALB Library’s Seasons Readings, now in its 10th year, answers the second most frequent question posed to librarians and staff: “What are you reading?”

We’re not satisfied giving you one answer, and we’re not satisfied giving you one present. Isn’t the point of a holiday stocking to stuff it with lots of treats? Unwrap this list and go wild. We’ve gathered thoughts about books we’ve read, films/television series and DVDs we’ve watched, magazines and serials we’ve found, music we’ve heard, and websites we’ve been visiting …all in the spirit of holiday sharing. It’s Season’s Readings Time!

This graphic novel is a memoir about the author’s experiences as a girl from an immigrant Russian family trying to fit in among her American peers. Young Vera is often on the outside among her wealthier American classmates. She decides that going to summer camp will make it easier to fit in but things don’t go as she hoped and most of her efforts fail, often in cringe-worthy ways. It is a tale that has been told before so there may not be a lot to surprise most readers. Still, it works because the situations are so real. It is easy to relate to Vera and her circumstances. The author also uses humor effectively. The thing that makes this book exceptional is the art. Brosgol’s drawings are expressive, cute, and wonderfully engaging. The art brings the reader thoroughly into the story. This is a quick read but an enjoyable and memorable one.

A historical fiction,  as told from the perspective of Andrew Carnegie’s mothers’ maid during the 1860s in Pittsburgh, Pennsylvania..

The story is simple and complex, quite beautifully told from the maid's perspective. Only she's so much more than a maid, and you can hear every bit of pain and love in her voice.

The Mists of Avalon

This book is a fictional retelling of the legend of King Arthur and the Round Table. On one level it is a welcome respite from the current political realities- a fairy tale of knights, chivalry, the royal court, and romantic intrigue between Lancelet and most of the other female characters in the book. But the book is much more than this. The book depicts the emergence of a male dominated Christian nation over its pagan heritage in which females are dominant and led by a Goddess. Arthur is at the intersection of these two religions and cultures. Vivianne, High Preistess of Avalon and incarnation of the Goddess, plots to guarantee the survival of her religion by arranging for her sister Igraine to birth children Morgaine and Arthur who are both in the royal line. The children eventually separate and grow up without each other. Morgaine and Arthur, through manipulation and deception of Vivianne, incestuously consummate a pagan ritual and Morgaine gives birth to a doubly endowed candidate for the throne after Arthur. Arthur only ascends to the throne because he has agreed that both his pagan and Christian heritage will be allowed to coexist, but he breaks his promise at the urging of his ultra-holy Christian wife Gwynyfar. Arthur’s betrayal sets up the ultimate tragedy of the characters. The book is narrated by its strong female characters: Morgaine, Vivianne, Igraine, and Gwynyfar- all strong women who manipulate their menfolk to achieve their ends, be they Christian or pagan.

This book is not for the faint of heart. At 876 pages, it is a real commitment. But I found it entertaining and educational. The Druid society that is described anticipated some movements in modern society, for example, feminism and broad acceptance of diverse sexual relations. I highly recommend the book.

Susan Orlean’s latest work, The Library Book takes us to the hottest library on earth. On April 26, 1986, a smoldering fire in the fiction stacks of the Los Angeles Central Public Library erupts into a seven-hours and thirty-eight minute blaze that reaches temperatures of 2000 (F) degrees.

Comparisons to Ray Bradbury’s Fahrenheit 451 are not lost to readers of The Library Book. But, library patron Ray Bradbury’s classic expression of censorship and intellectual freedom was lost to this fire.

Orlean investigates a thirty- year old, unsolved case of arson in the Gaudi-esque rabbit warren of the LA Central Library. Sadly, she uncovers that it might not have been arson at all. The library’s notoriously lousy electrical system and decrepit construction could have sparked the fire that destroyed hundreds of thousands of items, and threw civil service jobs, into chaos.

If the fire hadn’t happened, we wouldn’t get to learn about a fabulous cast of real-life characters who wore bright green corduroy suits ---everyday for their entire career. Or a citrus farmer/pastor known as “The Human Encyclopedia.” Or, a gay would-be actor who “could pass as Jon Voight’s younger brother” and relished the notoriety that came with being accused of arson (the role of a life-time).  All this while taking in the history of westward migration to California, the cheeseball attraction that became Hollywood, and the absolutely brilliant exposé of how a library, librarians and patrons interact for a greater good…knowledge.

No shussshing, hardly sensible shoes, and not any shrinking violets, here. Orlean, a self-proclaimed library lover, traces the mystery of the fire against a backdrop of a changing America. You couldn’t get a better microcosm of who we are as Americans (including New Americans or visitors) than taking a page from this book. Not literally. Go to a library. Read it. Listen and watch. And get yourself a library card. They’re free, you know.

Birds of a Feather: A True Story of Hope and the Healing Power of Animal

This is a true story of a remarkable woman and an extremely loud Moluccan cockatoo who had been abandoned. It was love at first sight. Realizing that there were many parrots in need of new homes, Dr. Lindner eventually founded a sanctuary for them. Meanwhile, she began to meet homeless veterans on the streets of Los Angeles. Before long she was a full time advocate for these former service members, who were often suffering from Post-Traumatic Stress Disorder (PTSD). Ultimately, Dr. Lindner created a program for them, also. Eventually the two parts of her life came together when she founded Serenity Park, a unique sanctuary on the grounds of the Greater Los Angeles Veterans Administration Healthcare Center. She had noticed that the veterans she treated as a clinical psychologist and the parrots she had taken in as a rescuer quickly formed bonds. Men and women who had been silent in therapy would share their stories and their feelings more easily with animals. Birds of a Feather is ultimately a love story between veterans and the birds they nurse back to health and between Dr. Lindner and her husband, a veteran with PTSD, who healed at Serenity Park. After living with one of these beautiful creatures for the past 24 years I can attest to how insightful and loving they can be.

Odd and the Frost Giants

A reader experiencing the Buffalo winter this year will have no problem dropping into the hibernal scenes in Neil Gaiman’s Odd and the Frost Giants. Set in the snowy Village of Norway, located on the edge of fjord, and in the lands beyond the village’s frozen lake, the readers finds Odd, a young boy living in an unfortunate situation. He soon leaves his bleak village to discover friends among beasts in the forest. Odd, because of his trusting nature, learns about the beasts’ toils and helps them conquer their foes, the Frost Giants. Odd, whose name means sharp blade, finds that the Frost Giants, despite their size, are not as formidable as they seem at the outset.

The story is a fable with a rite of passage theme where the young boy’s wits, trust, strength, and integrity are challenged, and he emerges victorious against beasts larger than himself. Once Odd’s journey is complete he returns home a man, confident in taking on new challenges and finding his own path for life and happiness. While written for a young adult audience, there is humor and thoughts worthy of an adult reader’s attention.

We Found a Hat

Did you ever wonder what would happen if two turtles found one hat? Find out in this simple, beautifully illustrated children's book.

Follow this up with I Want My Hat Back and This is Not My Hat to complete the trilogy.

One of the things I like about living in Buffalo is the access to the Canadian TV stations.  Last year I serendipitously found the show The Great Canadian Baking Show on CBC.   I was hooked and eagerly awaited the second season in September of 2018.  The show is an adaptation of the Great British Bake Off.  It follows the same formula, first comes the signature bake, then the technical bake and finally the showstopper, all of which revolve around a weekly theme such as bread or cakes. It is a great escape for an hour.   I am already looking forward to the 3rd season.

Canisius College will be honoring faculty who have been promoted, received tenure, or achieved Emeritus status.

Please join us for this special celebration!

Beginning today, August 8, Interlibrary Loan (ILL) accounts will move to a new site (https://1866.account.worldcat.org/profile/). Request forms and personal account pages will have a new look, but all of the functions of our Interlibrary Loan services will remain.

You will have access to your old ILLiad account (https://illiad.canisius.edu/) for 30 days if you need to access your request history, but all new and active requests will be transferred to our new ILL system.

Would the library buy this? 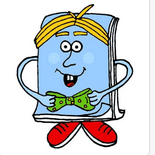 Did you know you can suggest that the library buy a specific title and place it on hold for you?  We welcome all suggestions from Canisius students, faculty and staff and take these purchase suggestions seriously.

There are two ways you can suggest a title. The first is to write your suggestion down on the suggestion slips located on the main library desk and drop it in the box.  Include as much information as you can and write your name on the slip if you would like the title held for you.

The second way is to submit the online form.

Note in the “other information” box that you would like to have the title held for you.

Board Games in the Library

Stay inside on hot day and play one of our many board games. We have Settlers of Catan, Dungeons & Dragons, Star Wars Risk and many others. If there is a game that we do not have and you would like us to purchase, suggest a purchase: http://library.canisius.edu/suggest-title-purchase